Tailoring the magnetic anisotropy of lanthanides on surfaces

Madrid, September 28th, 2021. The path to reducing the size of electronic devices involves the use of atoms as memory elements. To convert an atom into a bit of information, it is necessary to manipulate its magnetic state. Therefore, researchers look for atoms with a high degree of magnetic anisotropy which can be easily manipulated.

Lanthanides (4f elements) possess properties that make them interesting for stabilizing magnetism. Their spin-orbit coupling is translated as a high magnetic anisotropy and a very stable magnetic state that could be protected from external perturbations. These 4f elements have a greater magnetic moment than elements commonly used for magnetic applications such as iron or cobalt.

Recently it has been demonstrated that individual atoms of lanthanides can be used to store information as bits. The main problem with the isolated atoms is their high diffusion, preventing them to be deposited on surfaces for memory devices applications.

Researchers led by Dr. David Écija (IMDEA Nanociencia) have designed dysprosium metal-organic frameworks on surfaces, and observed a sharp increase in the dysprosium magnetic anisotropy compared to individual atoms. Also, a change in the direction of the magnetization axis has been detected. In an isolated atom of dysprosium, the orientation of the anisotropy lies out-of-plane, while in the atom coordinated by molecular bonds, the anisotropy has an oblique angle and is stronger. This result highlights the complexity of magnetism in lanthanide on surfaces systems which can be drastically altered by small structural changes.

The designed system displayed a sharp increase in the magnetic anisotropy compared to individual atoms.

The magnetism of the system was measured using the magnetic dichroism technique by Dr. Sofia Parreiras (MSCA fellow at IMDEA Nanociencia) in collaboration with the scientists of the BOREAS line at the ALBA Synchrotron, led by Dr. Pierluigi Gargiani. "It is interesting to determine in which situations anisotropy has a certain orientation, to be able to develop applications related to magnetism," says Sofia. In the next step of this research they hope to find a stronger anisotropy using other lanthanide elements, such as erbium, as well as decouple the system using different substrates.

This scientific result, published in the journal Small, has been highlighted in the front cover of the 35th issue. The work is a collaboration between researchers at IMDEA Nanociencia, ICN2, ICMM-CSIC, in ALBA Synchrotron, and the Freie Universität Berlin, led by Dr. David Écija, and has been cofunded by the ERC-AdG ELECNANO project to Dr. Écija, the "4f-Mag" project (MSCA-IF) to Dr. Parreiras and the Severo Ochoa Center of Excellence award to IMDEA Nanociencia in 2017. 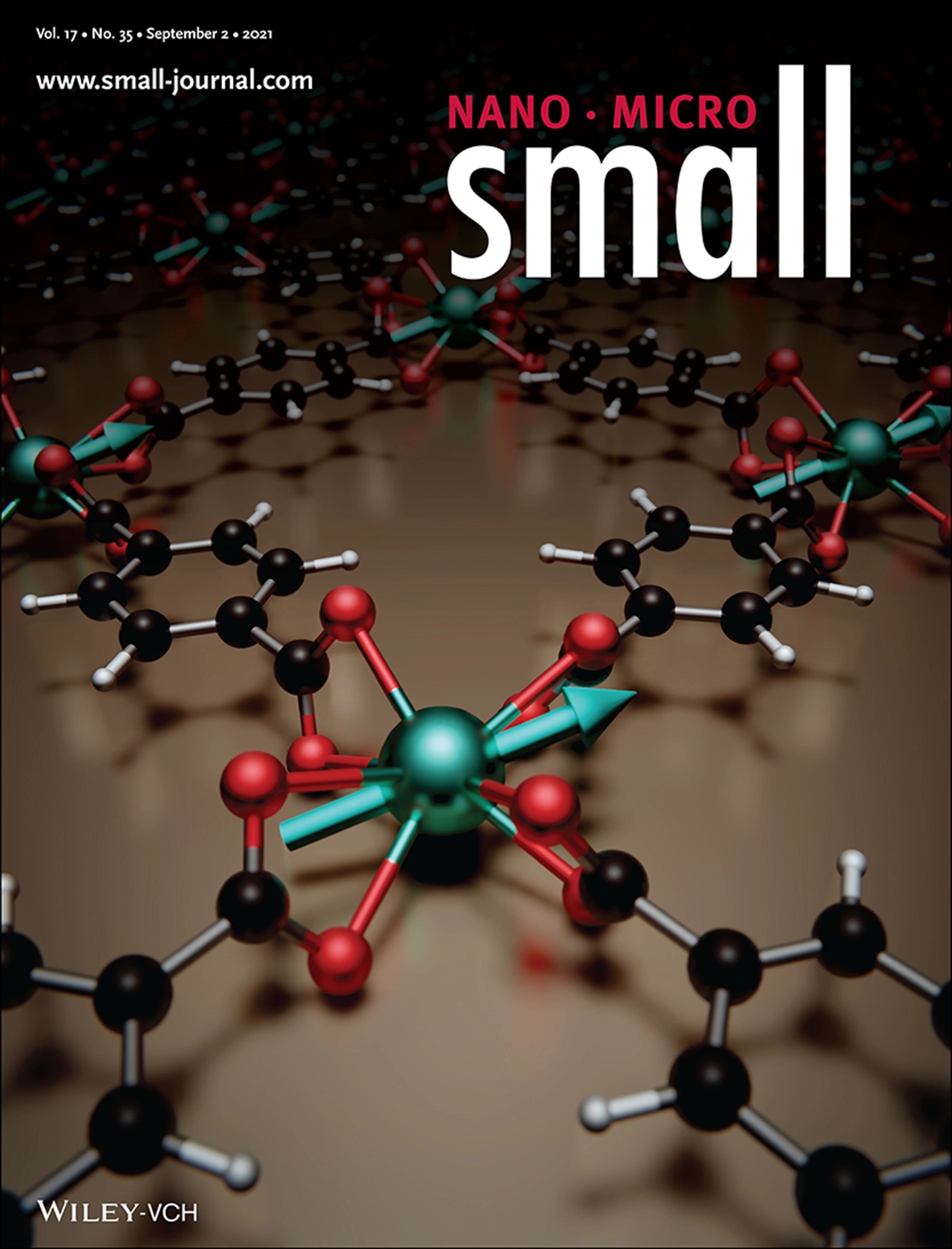